Graeme is of Waitaha, Kati Mamoe and Ngai Tahu descent. Born and raised in the Waihao takiwa, Graeme followed in his parent’s footsteps of being community minded and contributes much of his time to not only the marae, but many other local community groups. Graeme was a crucial part of the restoration in the late 1970’s/early1980’s and hasn’t stopped since then. He was involved in the barley cropping project which raised substantial funding to be able to proceed with the restoration.
Graeme has lived on Maori Road for the past 25years, living and breathing this land as he works on the grounds that belonged to our ancestors.
He has held several governance roles within the runanga over the years and feels privileged to be able to be involved in the governance at Waihao. 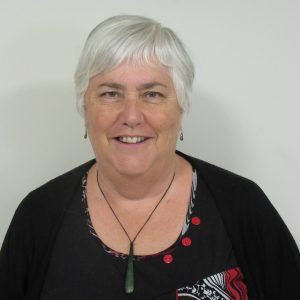 Jennifer is of Scottish, Norwegian, Kai Tahu, Waitaha and Kati Mamae decent. She was born in Invercargill and raised in Mosgiel, spending most weekends and holidays in Waikouaiti.
She is the daughter of Lorna Douglas and David Thomas, who is now 97 and grew up on the northern end of Maori Road as one of 8 tamariki of Minnie Paiki and William Thomas.
Jennifer has three tamariki, one son (now deceased) and two daughters. She has two sons-in law and two mokopuna whom she enjoys spending time with, particularly encouraging them in their sport.
Jennifer has been actively involved with Waihao Marae and has served on the Executive and other committees in varying capacities for many years. She is passionate about the history of Waihao and has worked extensively on ensuring archives are kept and preserved for future generations.
Jennifer has held several community-based governance roles also, including being the former Chair of the Nga Tutukitanga o Taieri Trust, committee member for Mosgiel West Home and School, the Taieri Ambulance Area committee, and the Ambulance Officers Institute. She currently remains active with responsibilities on other committees.
Jennifer has held a variety of employment positions and has recently retired from tutoring music students. She holds a Diploma in Adult Education, Higher Music qualifications and certificates in Mauri Ora, Te Reo and Tikanga Maori. 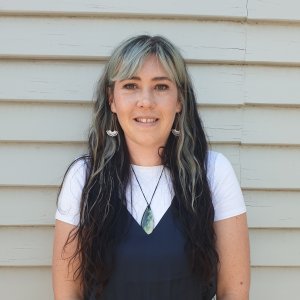 Dardanelle was born and raised in Ōtautahi has a passion for whānau success. She has been actively involved from a young age with her hapū, being a participant, volunteer and trustee wherever tautoko is required. Dardanelle is passionate about rakatahi and whānau development. From a long line of servant leaders within the Waihao community, Dardanelle acknowledges that executive leadership of a rūnanga can be challenging, but it is also a position of privilege, which Dardanelle hopes the decisions of the executive board will continue to grow and nurture Waihao whānau.

In 2016 Dardanelle became a mama to Leila, who is named after her great-grandmother who grew up on the shores of Te Waihora. Leila is Dardanelle’s greatest achievement to date and she enjoys knowing that being actively engaged with Waihao will be another space Leila can learn and grow her Tahutanga and reo. 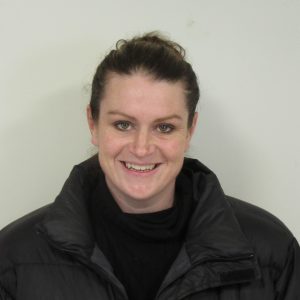